Written by Bonny and Laura , the BSB Reporters

Over the summer, Alexandra, BSB Year 13 student, had been taking part in numerous discus competitions. We decided to interview her to find out more about her success. 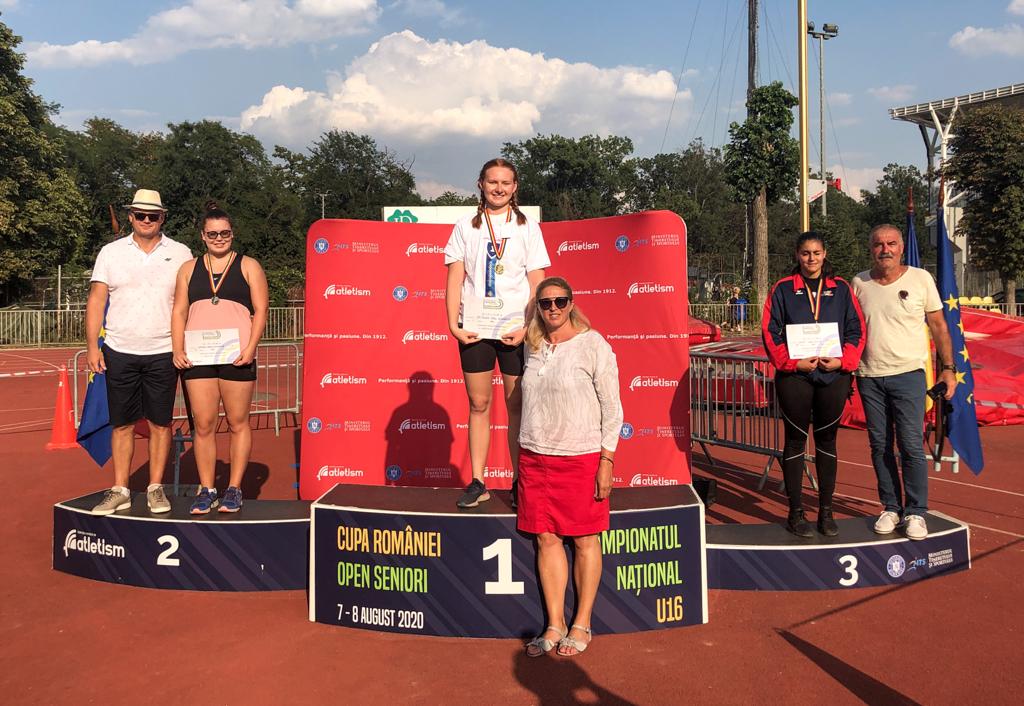 What competitions have you been taking part in during the summer?

I have to admit, I wasn’t at my best for the first two competitions, but for my National Competition (U18) I threw a personal best of 44 metres! There have been several ups and downs during the season. Usually, I’ll either have a really good competition where I throw really far, or I’ll have a terrible one where I’m in tears afterwards - there’s not much in between.

It was planned for me to compete in Rieti for the U18 European Championships and at the U18 Balkan Championships in Serbia, but I couldn’t make it, all thanks to ’Miss ‘Rona‘ (also known as the coronavirus). It was really frustrating because I was excited to compete internationally, but alas, it gave me motivation to prove myself at the Nationals.

Overall, I ended the season with a personal best, and some really impressive throws in later competitions.

How did you prepare before breaking your personal record? How did that achievement make you feel?

I felt relieved because I had worked so hard, even during lockdown. So, I was beyond words to see that it was all paying off. Also, knowing I can throw 44 meters is quite a motivation for the future.

Before competitions, I’m usually extremely nervous. I try to keep to myself and try visualising what I want the outcome of the competition to be. It does get hard, though. For example, at one point, I was leading the competition with my first four throws (at 39 metres), but when one of the competitors threw 41 metres, I got worried. For my last throw, I literally told her off in my head. ”Excuse me, I’m not going to let you win. This is my gold medal, you know”. I knew I had to throw far, and so I did. I couldn’t tell you exactly how, though. Everyone keeps on asking me how, but I really don’t know! 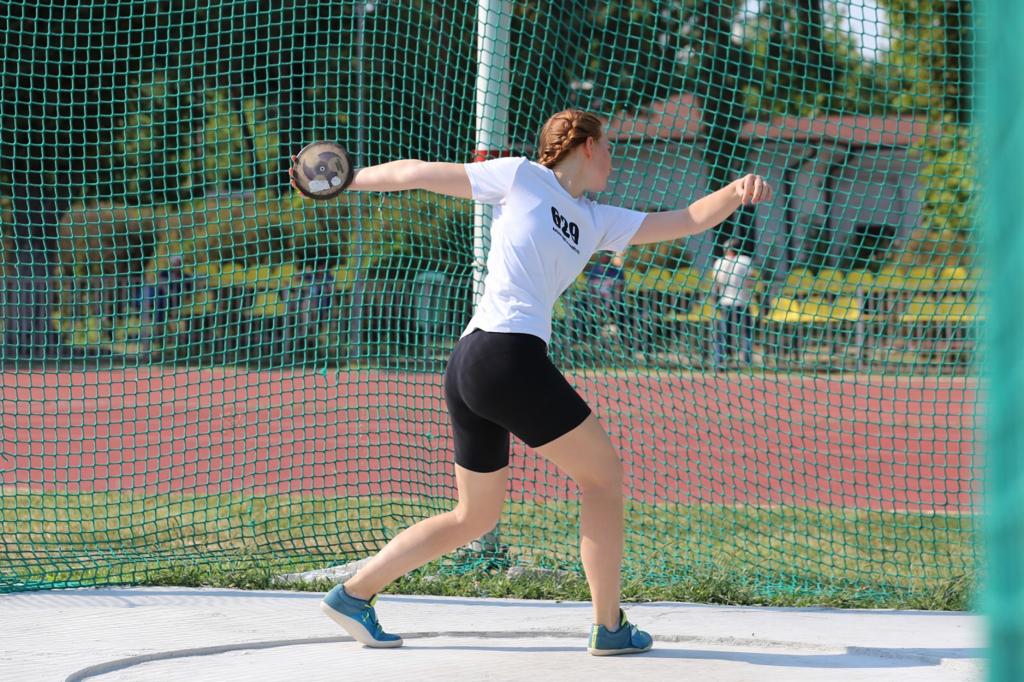 Do you think it was the stress that drove you to perform really well?

Yes, I think I work really well under pressure. That throw was going to be my last one. It was my last chance to win so I knew I had to make it count.

We know that you train multiple times per week after school. How do you balance your academics with such a competitive level of sport?

In the beginning, I trained just three times a week -- Mondays, Wednesdays and Fridays, but recently I’ve started training every day after School...and on Saturdays too. The sessions typically last two and a half hours, but they may extend to three if my coach is feeling particularly nice. During these times, I alternate between throwing discus, throwing shot put, weight training, sprinting, and jumping.

How is your relationship with your team?

We’re quite a small team so we’re really close to each other. We train together all the time and we get along really well, which motivates us. My coach has a house in Slănic, Prahova. We went to her house for the weekend and played card games, visited many places around the area, basically just had fun as a team. It was a great way of stepping away from the training atmosphere and getting to know each other better.

Does training with them make you more motivated than training alone? Does it create a competitive or nurturing environment?

Yes, for sure. This was really clear during the pandemic when I had to train alone at home, a thing for which I had very little determination for. When I’m training with my team, I’m more motivated as I’ll see them working hard and get inspired to do the same. It’s also much more fun and makes training more enjoyable since we’re all doing it together.

The atmosphere is mostly nurturing as we are all competing at different levels, and we are of different ages. For example, the girls and the boys throw at different weights so we can’t really compare with each other. But it is competitive in the sense that us girls train using the same weights, so when one person achieves a personal record, the rest of us feel pressured to do the same. At the end of the day, it’s always enjoyable training with my team.

Are you planning on continuing discus at university level? Perhaps even professionally in a national team?

Yes, I plan on doing it at university too. I’m applying to Loughborough which is my top university as it is one of the best sports universities. However, I still have no idea what I want to do after university, so for now, I’m taking everything one step at a time. 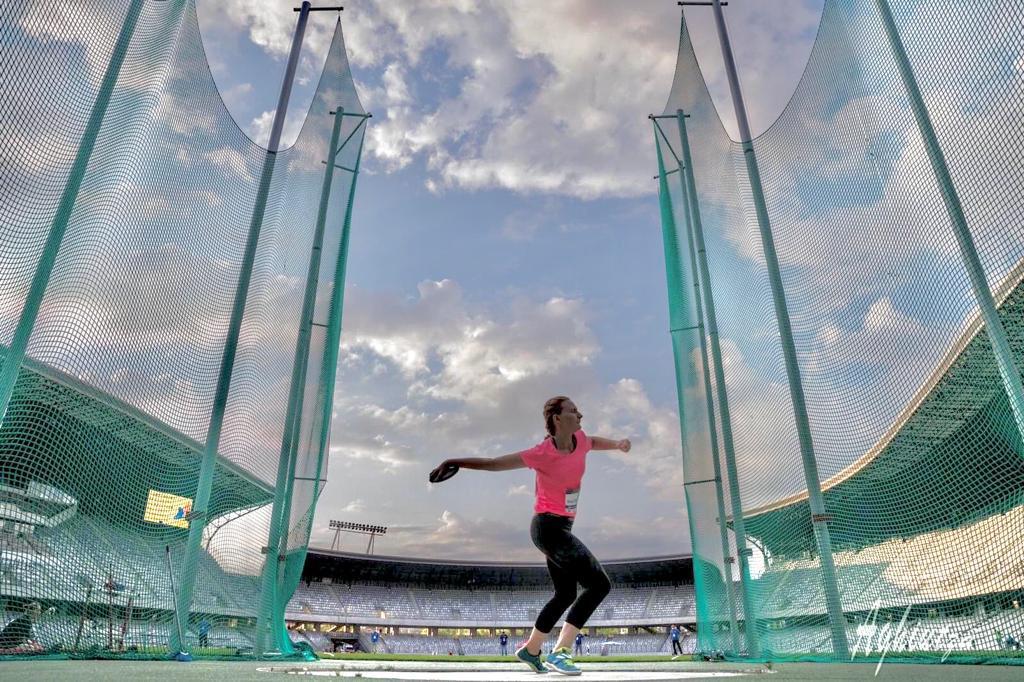 How did you get into discus? Tell us about your journey.

In the summer between Years 7 and 8, I was getting a bit chubby and my mum so nicely describes it as ‘I was always in the fridge’. She made me start doing general athletics at Iolanda Balas Stadion near Arcul de Triumf. One day, my current coaches Nicoleta and Costel Grasu saw me and decided I should try out for discus. I was pretty hopeless at first, but they believed in me. That’s how I joined them and my club Dinamo.

You started when you were about 13. What has kept you going after all these years?

My mum. At the beginning, I was a little into it but now I really enjoy it and it’s become a part of my life and of who I am as an individual.