Tales From the Past are Just as Fascinating as Current Stories

Scott Allsop joined the British School of Bucharest in 2014. In addition to his role as Head of Humanities, he is Head of Arges House. Scott is a Cambridge graduate, studying History at Emmanuel College before returning to the University of Cambridge to complete his PGCE (Postgraduate Certificate in Education). He taught for several years at a comprehensive secondary school in the UK before embarking on teaching in an international environment with a move to the Modern English School, Cairo. While there, Scott held the position of Head of Humanities and was the whole-school Online Learning Coordinator. Scott is the author of a leading history learning website and hosts a popular daily history podcast.

Why did you go into teaching & why History?

I love stories. At school, I’d always envisaged working in radio journalism to share current news, but when I was at school, I realised that stories from the past were just as fascinating – if not more so. I was lucky to have had grandparents with fascinating stories to tell of their own lives, and this stirred an interest in finding out more about the situations, events and people that created the world we live in today. There is no better feeling than seeing pupils making those connections and knowing that you’re part of that process.

My wife and I loved the culture of Eastern Europe, with a particular enjoyment of the music and food. Coming from our previous jobs in Egypt, Romania itself was appealing because of its long history of straddling the East and West. BSB itself had been high on our list of preferred schools for a while, and we seized the opportunity for an interview when one came up.

Which of the schools you have taught in is the most different from BSB?

Over 15 years, I’ve taught in three schools, and all are very different from each other. I began in a 900-person state Secondary school in the UK and then moved to a 2000-person school in Egypt, which was my first experience of a school ranging from 3 years old to 18. The small size of BSB makes it unique compared to both the others, as does the fast pace of growth we’ve experienced. However, just for sheer unpredictability, Egypt was probably most different as we arrived a year before the Arab Spring and remained at the school throughout the revolution and its aftermath.

The original iPod craze kicked off shortly after I began teaching. I saw the potential of portable digital audio to give students access to study materials in a way they hadn’t experienced before. My first recordings were released before the name ‘podcast’ was coined and, by being one of the first people to make them, I soon found demand for a website to help students beyond those in my classes. It’s been running for 15 years, and now has an accompanying series of YouTube videos around the world. Everything I create targets the students in my classes; it’s a bonus that other people find them useful as well.

As a Secondary history teacher, much of the content I teach is prescribed by the National Curriculum and exam boards. In practical terms this is quite narrow and, since I love learning, I began my daily ‘on this day’ HistoryPod in 2015 as an opportunity to explore other regions and periods of history to help me broaden my knowledge. Over the past four years, I’ve produced more than 700 episodes and built up a sizeable following of subscribers. There are so many stories that I think need to be told that I don’t think it’s ever possible to run out of material! 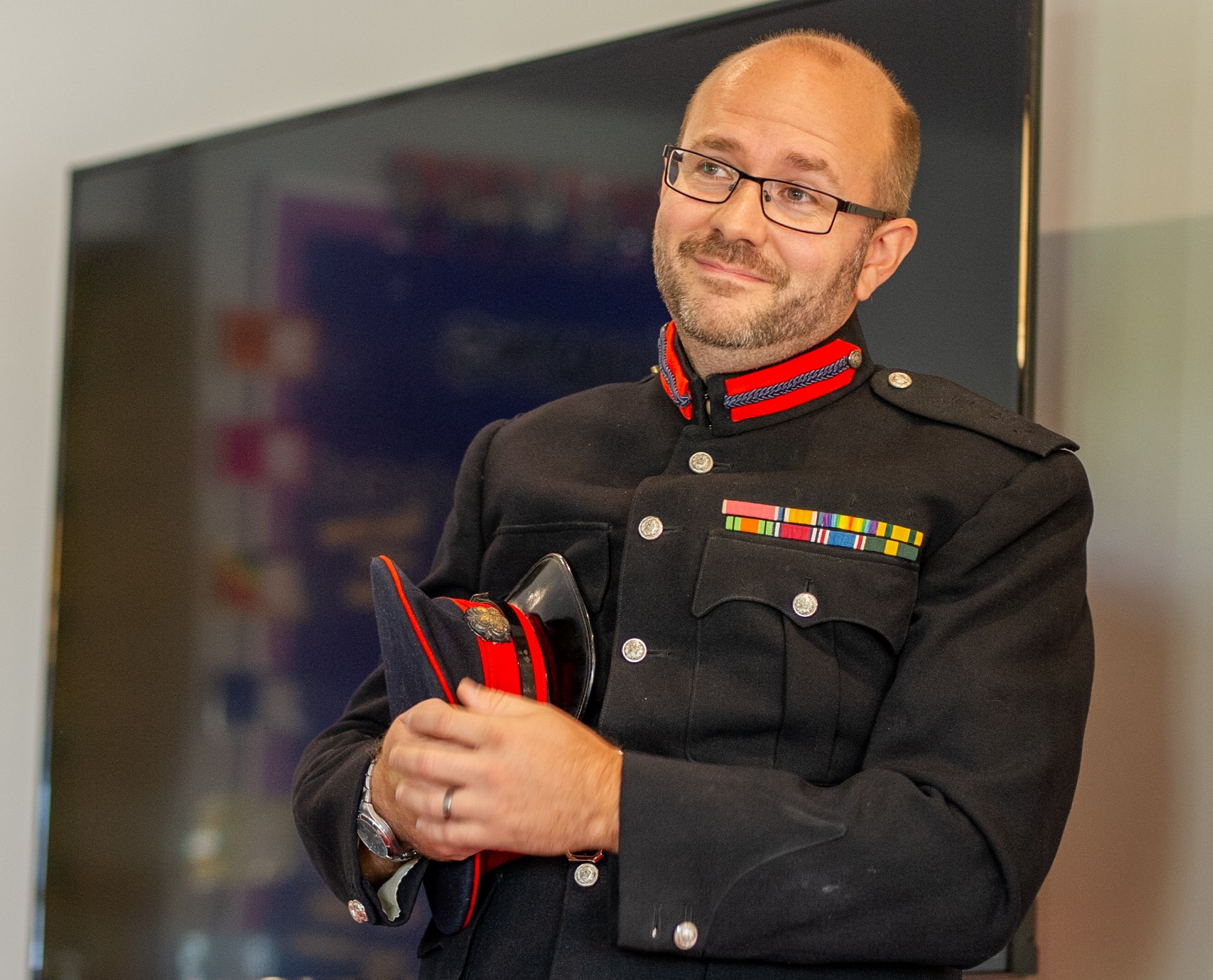 What inspires you to be creative?

My love of the arts and a love of people inspire me. It doesn’t matter whether it’s creating a history revision video or playing with a band on stage, the feeling that you’re creating something that other people are willing to give up their time to listen to is addictive.

If you weren’t a full-time teacher, what would your dream job be?

A radio DJ. I love radio as a medium and think I got into podcasting as it’s similar in many respects. It’s all about telling a good story and making people feel that they’re part of it. Relevancy is key.

Our neighbours always laugh at us for saying this, but we love the parks. When you’ve visited a British public playground on a sunny day and waited 45 minutes for a go on the swings, it’s a real treat to have so many places to choose from here. Now that our kids are a bit older, we’ve also become huge fans of escape rooms, and are astounded continuously that so many of them exist in just one city.

As a Cambridge graduate, what advice do you have for students planning to apply there? Is it a good idea for students to study a humanities subject at university? We have noticed that students refer to your work in their projects.

I went to Cambridge 20 years ago, so what was relevant then may not be now – I’d suggest checking with Jo Mattingley, the University Guidance Counsellor for more up-to-date information! Nevertheless, I think the most important thing for any university course has always been to care passionately about the subject. You’re going to be living and breathing that one focus area for at least three years, and if you’re not already addicted to it when you apply, you’re unlikely to enjoy that time. In terms of history, this means reading books, visiting museums and sites of interest, and attending talks – all in your own time. As for whether it’s a “good idea” to study a humanities subject, of course, I’d say yes! I think the world needs a healthy mix of STEM and humanities/social science graduates. I’m friends with a lot of computer scientists and mathematicians, and I find it fascinating how we naturally approach information and problems differently. A thriving society needs all points of view. 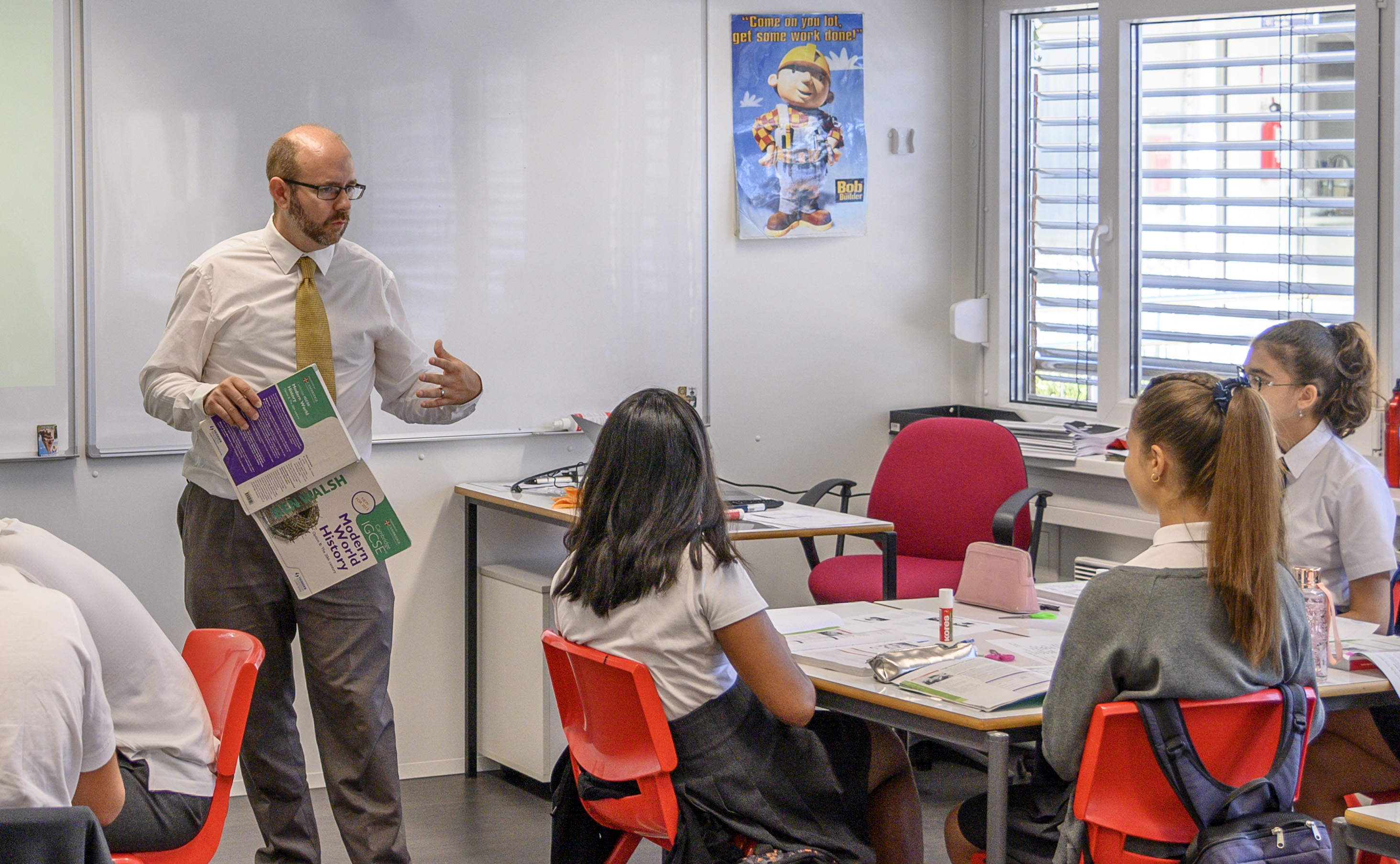 What part of history as a subject are you most passionate about?

This frequently changes, although I always end up coming back to late 19th-century German history when the 39 states unified into a single country. I find Otto von Bismarck, the architect of unification, a fascinating character – a man with terrible morals, but a brilliant political mind. However, I’ve become interested in early medieval (pre-Norman) history in recent years and am enjoying expanding my knowledge since Mrs Read knows so much!

And finally: tell us something unexpected.