An interview with Jason Porter, Head of Secondary School and Teacher of MFL

Jason Porter joined the British School of Bucharest in 2013 as Deputy Head of Secondary and is now our Head of Secondary. He is a graduate of Exeter University, where he read Russian and German, and later qualified as a teacher of Modern Foreign Languages at the University of Nottingham. Jason joined the school following nine years as Housemaster at Chigwell School, a prestigious HMC Boarding School in the UK. Jason has obtained an MA course in Applied Educational Leadership and Management at University College London (Institute of Education).

Why did you go into teaching?

I was always interested in helping others to learn and develop, much of which was drawn from own experiences as a student, especially when I look back and remember some of the fantastic, inspirational and dedicated teachers who taught me when I was at school.

For several reasons, actually. I researched BSB and saw that it looked like a small and close community, that it cared a lot for the personal and academic development of its staff and students in every way. I wanted to be part of that on-going development. Also, at Chigwell School in the UK, I was a Housemaster to a student who had studied at BSB, and she spoke very highly of the school. Furthermore, the location of the school in Bucharest and the diversity of nationalities at the school were also strong 'pull factors'. So, in 2013, when I got the job at BSB, I was delighted and of course, still am. 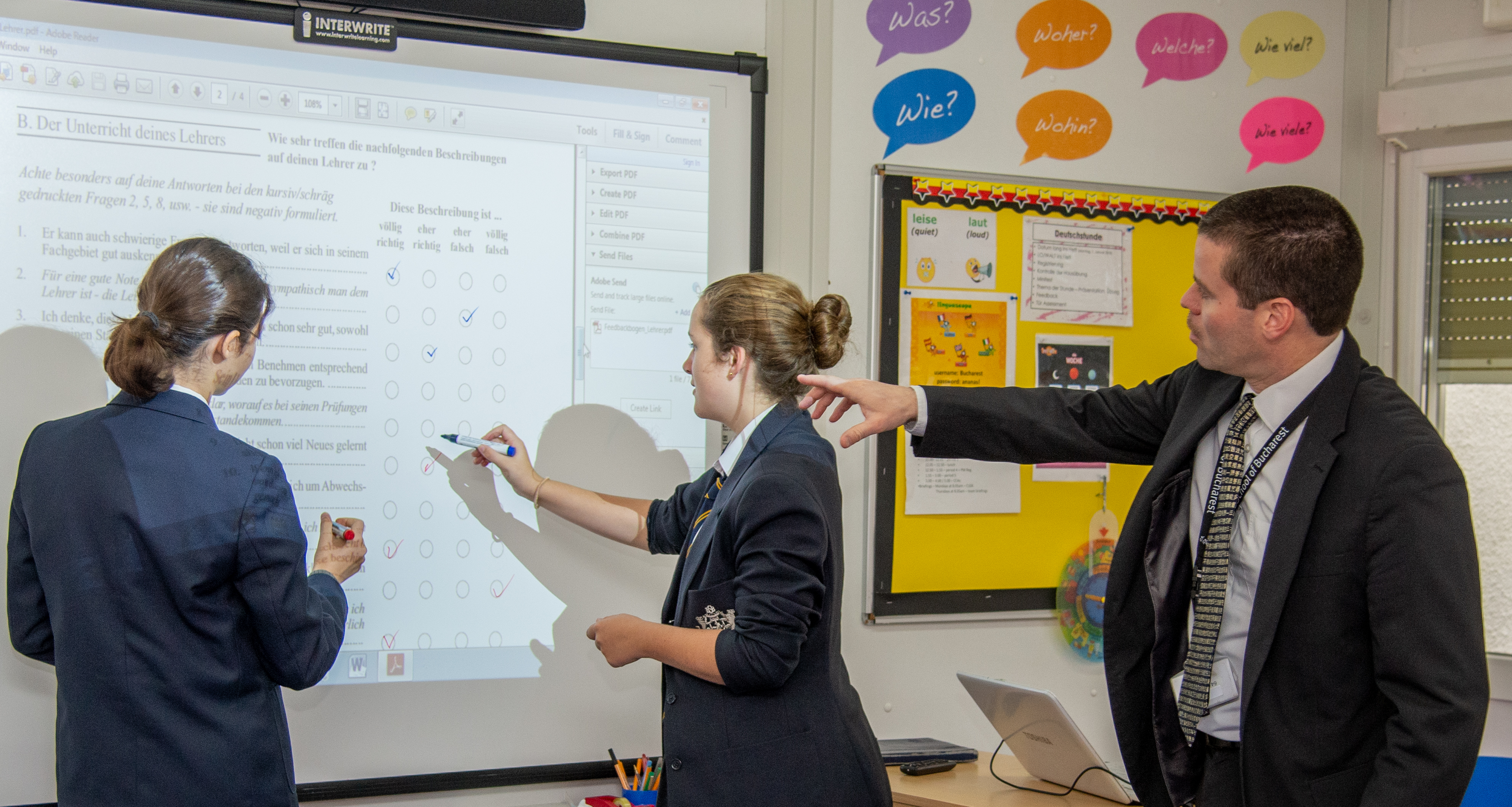 In how many countries have you lived?

Only two – the UK and Romania. I suppose I should also count Germany, where I spent my year abroad from university in 1997-1998.

Which school, where you have taught, was most different to BSB? From a cultural and sociological point of view.

I would say the school where I worked as a language assistant in Berlin. The biggest difference was that the school was a German Gesamtschule, and so followed the German education system, but also that the local community in the area of Berlin was very diverse, not only economically, but also ethnically and culturally. This was both enriching and challenging at the same time. In some senses, there were similarities to BSB. Those similarities are that some children would start school needing support with their German or English and that some would stay at the school for a few years before moving on.

How many foreign languages do you speak and what made you pursue these particular languages?

I have always been interested in languages and enjoy communicating with different people in their native language. My university degree is in German and Russian, and I added French to this for teacher training at the University of Nottingham. I had previously studied Italian to about GCSE level, but am out of practice. I have learnt enough Romanian to talk to a taxi driver or order 'sarmale'. That said, my language learning is on-going, and I want to develop my Romanian and maybe one day achieve a Romanian flag on my school ID badge!

How do you think/believe a child’s development is helped by living in a multilingual environment?

Immensely. Being exposed to different languages means that we can begin to understand and appreciate others' cultures, values and ways of life, and this enriches all our lives. Language is a window into another person’s life, I believe. Children growing up surrounded by, understanding and adopting these values are more likely to become tolerant, respectful and accepting adults.

What is your favourite aspect of overseeing Secondary School?

To see how all members of the Secondary community learn and develop together, personally, academically and professionally. That everyone who leaves BSB leaves a little bit different than when they started – in a good way, of course.

What do you appreciate the most about the BSB community?

How well we know each other; that we work hard for the good of our community; how well we support each other to strive for the best and how we 'give it all we've got'.

What, in your opinion, motivates and inspires students the most?

Role models, whether this is senior students, staff members, visiting speakers or high-profile members of society. This, combined with self-motivation and the desire to achieve. 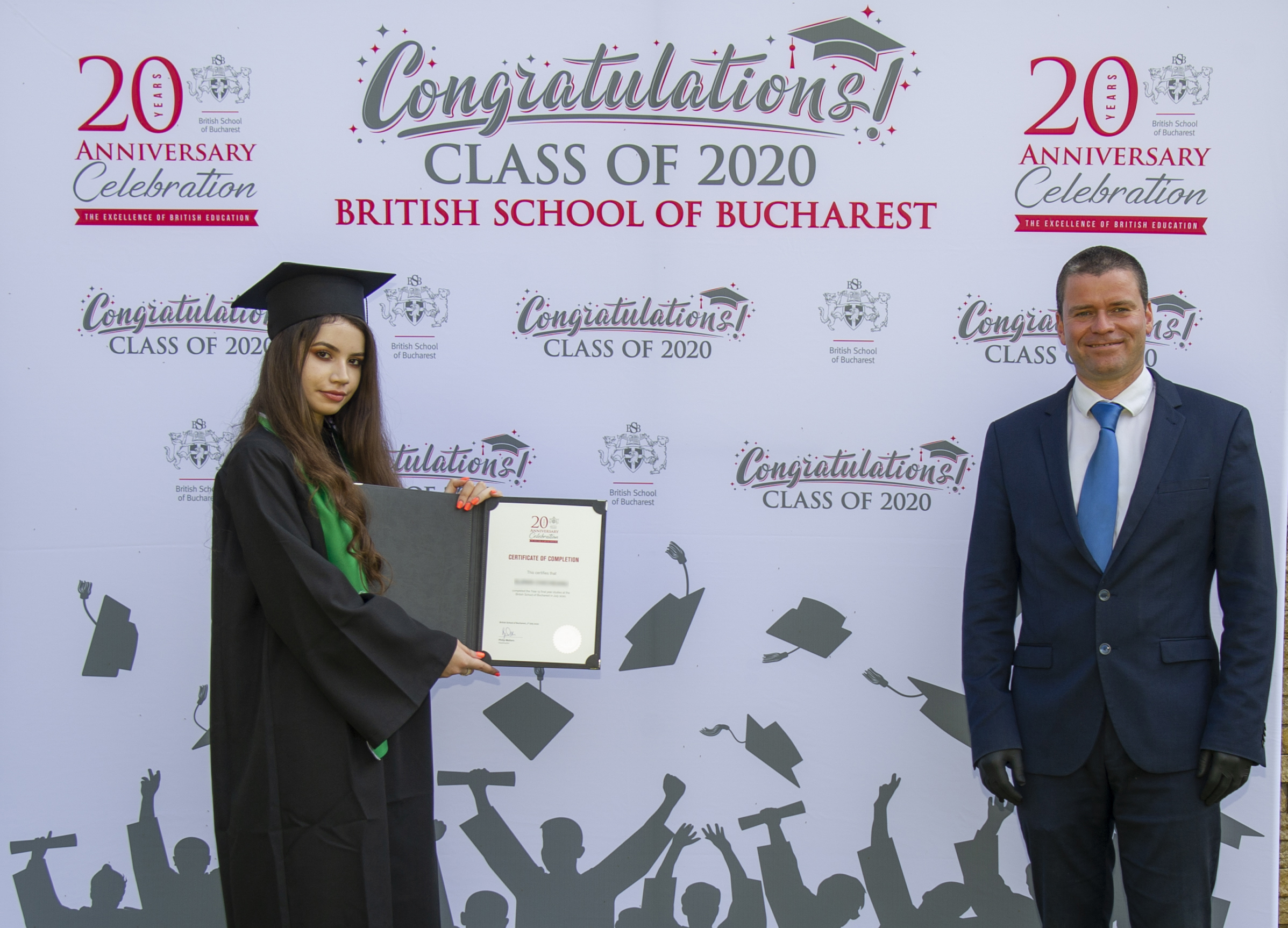 What inspires you to be creative?

Seeing creativity being developed or expressed in others and understanding the need to continue developing either at BSB or personally.

If you weren’t a teacher, what would your dream job be?

Difficult to say, but probably a mountain guide. But, I have only been a teacher and cannot imagine pursuing another profession.

I have been here for seven years, and there is still so much to discover. So far, though, it is the parks, the incredible diversity of architecture, the welcome from the Romanian people and all the culture and events the city has to offer.

And finally: tell us something unexpected about yourself.

Despite studying languages, I took A level physics when I was at school. This was because I wanted to learn about black holes and the Big Bang, only then to discover these topics didn't really feature in the syllabus. But my physics teacher took a syllabus detour, and we studied them anyway!